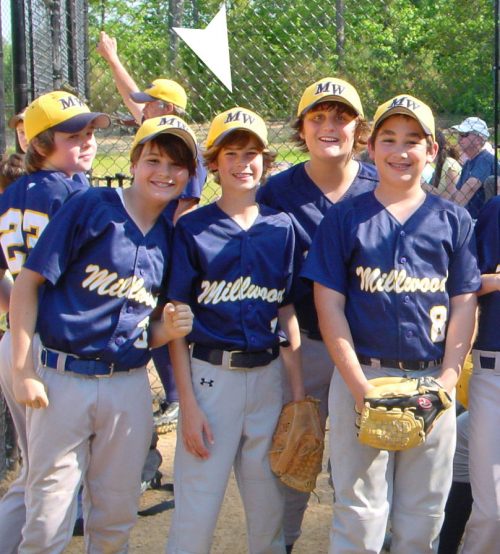 I didn’t realize until recently why he craved them so much. I thought it was only because he didn’t want to be alone. That’s part of it but it’s more than that.

They created connectedness and he craved that. Human beings crave that. But there is less of it these days. As our homes have gotten larger and technology has evolved, we spend less time bonding with each other. I’ve had people text me to ask if they could ring my doorbell.

Games were a way for Charles to rally the troops and feel a sense of belongingness. And he did this very well.

He was not a great athlete. It didn’t matter because he loved being on a team. Wall ball, soccer, chess, basketball, baseball, Life, Monopoly, Scrabble, Twister, Sorry, Chutes & Ladders, hide and seek, trampoline and even games he made up.

Charles would go around knocking on doors to see who would come out to play. He’d have me calling for playdates. Thrilled when they did come out or come over and play, crushed when they didn’t. I was also crushed–disappointed sometimes that it would be hard for two kids to get together and play like I used to.

That tells me he suffered symptoms of depression early and it was his way of creating that sense of connectedness that made him feel whole again.

Charles was onto something

I do think the lack of connectedness is part of the reason we are seeing a rise in mental illness and suicides in the last decade.

I also think it’s a key to the rise in this opiate epidemic.

It’s funny that my child had so much wisdom that I am only now realizing after his death. That a good, old fashioned game create community and neighborly compassion.

10 things I learned from Charles