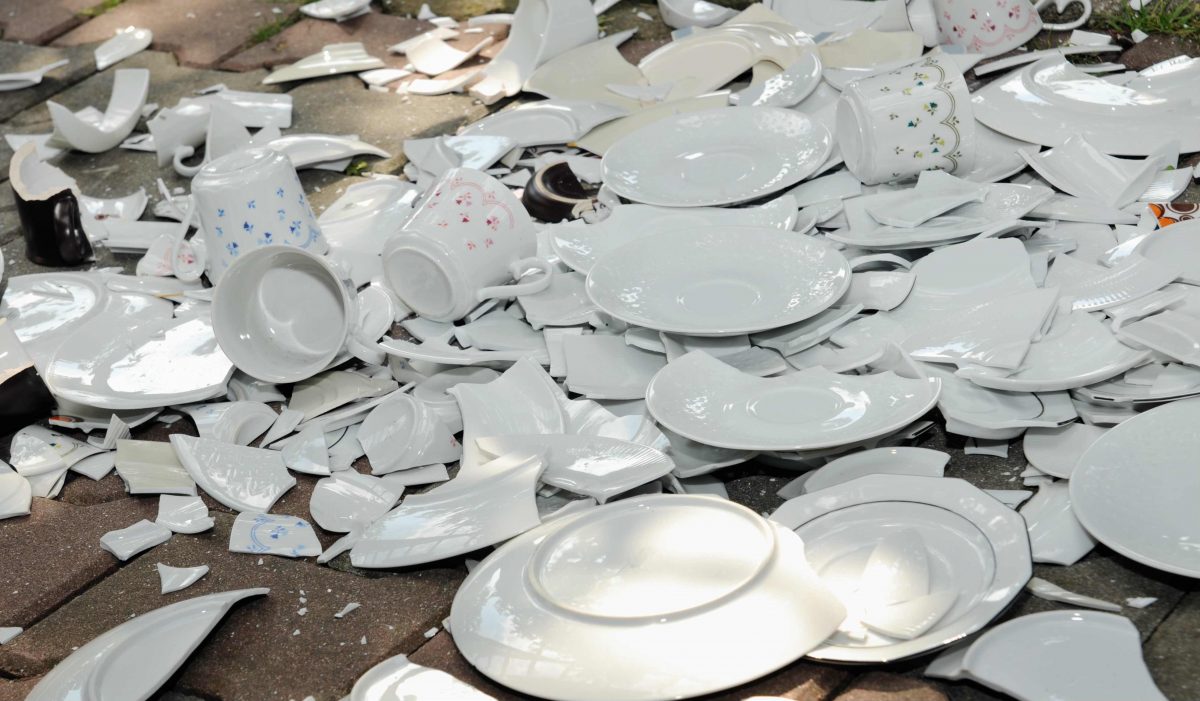 I have dreamt of renting a racquetball court, putting on safety glasses, and having a big stack of dishes. My friend Tamara, me, Laurie, Scott, Reid, Roz, Henry, Jenny, Pat, Cathy, Shirley, Joanna, and many of you regulars here would be lined up, ready to take a turn. We’d put all the power of our grief behind the effort. And it would be a fundraiser and the video would go viral.

The game is we put on our safety glasses, get behind a wall and smash and slam those damn dishes on the far wall until we are all exhausted. Laughing and crying while we shatter stuff. I would throw them like frisbees.

I can’t tell you how often I have had this fantasy. At one time I even entertained actually reaching out to ask a gym if they’d let us do it.

It would cause more damage to the floor and the walls than any fundraiser could ever cover. Would be a bitch to clean up. But for a while there, I’m working out all the logistics of my smash-up fantasy in my head like it’s going to happen.

The first 5 dishes would be all those people that sent Charles spiraling because they didn’t understand his mental illness and thought that punishment would straighten him up, when in fact it did just the opposite, sending us backward after months of hard work.

The second 5 dishes would be for all the county cops that profiled Charles and stopped him daily for “rolling stop” as an excuse to make their quota of tickets or arrests and didn’t understand an anxiety disorder.

Then another 5, probably wine glasses, for the courtroom experiences–the way they leaned over into his face like they ate their young for breakfast–sending him further backwards into a deep, dark hole. And all this was for a speeding ticket on his learner’s permit with me in the car.

I’d have to hurl about 10 frisbee plates for the early specialist’s appointments that recommended all sorts of pointless expensive interventions that never resulted in a diagnosis so I could actually make an informed decision. The pills that were prescribed in a let’s-throw-it-at-the-wall-and-see-if-it-sticks approach. Would they ever do that for any other disease of a major organ?

There would have to be a freaking huge stack of dishes

In between, I’d take a break to ice up my pitching arm and watch you guys hurl your stacks of breakables, cheer you on and share your pain. I see us hooping and hollering and having the time of our lives.

Next, I’m smashing at least a dozen wine glasses to toast trying to find care in a state that’s ranked 49 for treating major depression of those under 18. That would be Virginia.

The next 5 plates would be for the unfairness of having lost a child and then 5 more because it was a suicide.

We’d have a grand finale of all of us smashing dishes that celebrate our refusal to carry on the tradition of shame and stigma associated with mental illness, addiction, and suicide.

So what do you think of my crazy-*ss fundraiser?