This is just the starter kit. Low-hanging-fruit kind of tips that could prevent a suicide of someone in your family or a friend.

This is #1 in my book. Avoiding the subject does not help us avoid more suicides. It only makes those who experience thoughts of suicide feel more isolated, alone and unable to ask for help when they need it.

You’d be surprised at how many people you know have survived a suicide attempt (called lived experience) or had a loved one very close to them either attempt or die by suicide. Because we don’t talk about it, we often don’t know.

What does that mean exactly? For one, if you own a firearm, make sure you safely store and protect it or them when not in use. Cable lock, gun case, lock box or a full size gun safe.

Secure medications you take and get rid of expired medications. Even over-the counter-medicines can cause an overdose so buy blisterpacks whenever possible. It’s harder in a moment of despair to have the patience to pop out enough to cause self harm.

There are multiple take-back options for medicines and see what’s available in your city or state. For example, in the city of Richmond, every police station has a medication disposal bin for medicines you are no longer using. Cough medicine such as codeine or Robitussin, pain medications such as oxycodone, morphine, valium, percocet, vicadin can be used to cause self harm. Even Imodium AD is a medicine of abuse. And don’t forget the dog’s medicine or a younger child’s stimulant medication.

Often those in a moment of despair will resort to what’s handy and if it’s not handy, that delay can mean enough time for that moment to pass and therefore save a life. I have used a safe for years for storing medications including my dog’s medicine.

While these two links are more addiction related, they’ll help you understand drugs that are popular for self harm and have potential for overdose. 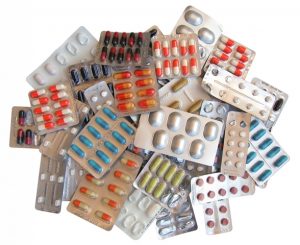 Sometimes you go with your gut and something someone says doesn’t sound right and it gives you a prickly feeling. Don’t ignore it.  Sometimes all another person needs is for you to listen with compassion and understand that’s how they feel without passing judgement.

Your job is not to fix. It’s to listen, keep the person as safe as possible and get them to the next level of care which may mean an emergency room and may mean an appointment at a therapist. A call to the suicide hotline can help you determine next steps. You don’t have to be the one who is suicidal to call and ask what to do. 1-800-273-8255 Program this into your phone now.

No one ever thinks it’s going to happen to them. Until it does. Suicide often feels like it’s out of nowhere but almost always those who attempt have made “invitations.” Looking back, I see that my son did. That’s hard for us to decipher if we’ve never taken the time to either talk about it or pay attention to articles related to suicide.

If mental illness, including drug abuse and addiction, run in your family, you need to take things a step further and get training on suicide. American Foundation of Suicide Prevention (AFSP) offers Talk Saves Lives, or through their partners, SafeTalk and Mental Health First Aid training in most states.

Become familiar with phrases or actions that indicate suicidal thoughts.

One thought on “Four simple ways you can prevent suicide”