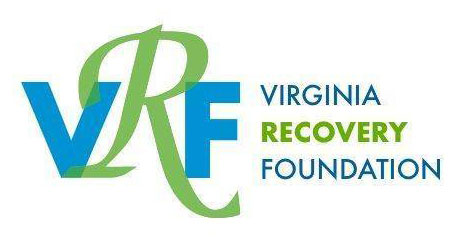 In April 2016, SAFE (Substance Abuse Free Environment) of Chesterfield County Virginia along with the heroin task force for which I am a member, plus several area sponsors, hosted an event to present the Angel program.

Chief Campanello from Gloucester, Mass came and presented his innovative and nationally-recognized “Angel Initiative” which has helped 425 people get into treatment since its inception in January 2015. The goal of the training was to equip attendees to create volunteer projects similar to the “Angel Initiative” in their communities that will get opioid, heroin and other drug addicts into treatment and recovery as alternatives to incarceration or possibly death.

The police had recognized long before most that we couldn’t arrest our way out of this opiate epidemic and had declared the “war on drugs” a dismal failure for which they had been tasked to carry out.

In June 2016, I got an email about someone at the Richmond Police Department starting a similar program here in Richmond, Virginia. I went to this last minute meeting downtown to hear more.

In response to frustration of seeing so many overdoses and deaths, in addition to grief over the loss of his nephew Billy Derr who had died from overdose (my dear friend Jenny Derr’s son), Captain Michael Zohab pledged to start a similar program here in Richmond, Virginia.

Just this week in December 2016, less than 6 months later, The Virginia Recovery Foundation (VRF), founded by Michael Zohab, a 28-year veteran with the City of Richmond Police Department, was established in response to the crisis of opioid addiction facing the Commonwealth of Virginia.

The VRF is supporting several projects, one of which is a program called the RVA Recovery Project. Anyone suffering from addiction who ODs and asks for help, will be referred to services. So far, there have been two overdoses and neither sufferer was ready to accept recovery. As much as we might want it for them, they have to want help for it to work.

VRF seeks to provide early intervention to those in need by coordinating treatment and services through first responders and local agencies available to provide immediate and long-term patient care.

This foundation is also working to start several substance abuse prevention and mental illness awareness programs at Mills Godwin High School. Additionally, the Advanced IT class at Godwin is developing the new website.

We have faith, given the success of similar programs, that this will help those suffering from addiction since hundreds have already benefitted from the Massachusetts Angel project.

In short, the foundation’s goal is to educate on the subject of mental illness and addiction and reduce deaths by fatal overdose.

Reducing the deaths caused by this epidemic is going to take the collective efforts of all of us and we need to work together and adopt programs that are working.  This approach has already proven to have a positive impact and I hope you will support it in any way you can whether that is scholarship beds, volunteerism, donations or sharing this post.

3 thoughts on “Virginia Recovery Foundation offers help for the addicted”