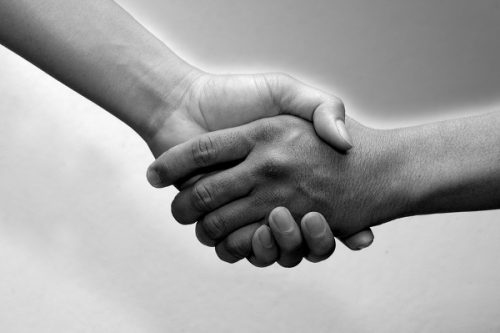 We all crave it. No matter what age we are, we want to be accepted. We look for love and happiness.

That is achieved through human connection.

Sometimes it starts with your opening up. Sometimes it means active listening. I don’t mean you have to be as public as I am. That’s not for everyone. However, you can reach out to one human being.

Connecting with another or focusing on someone else helps you get out of your own head.

I took my dog to get a bath recently. And the groomer, a young lady, was asking about Andy– breed etc. I went beyond the questions she was asking me and told her he was a very special dog because he was my son’s pet who had died by suicide in 2015. It was on my mind and I just said it.

Then she told me that her dog had outlived her husband who had died a few years ago in a plane crash. She knew how I felt and told me how special her dog was to her. She had only been married for a year when he died.

We started a conversation about grief and how other people avoid talking about it. Or forget that you have had a loss and assume you are “over it.”

Her sister had just announced her engagement. While she was excited for her sibling, it triggered sadness, too. Those of us who have lost someone we love have a hard time with life events. We grieve the loss of living without the person we love. They were supposed to be there to share these family events and their absence rekindles those feelings of loss.

I am so glad I said what I did and heard her story. Even though the conversation was about grief, I didn’t leave feeling sad but instead felt lifted.

Technology has made our lives busier and in the process, we’ve lost a lot of those connections.

Life is not about how many boxes you can check off on your to-do list. It’s about our relationships with people. None of us knows for sure how long we’ll be here. Let’s make it count.

What I miss most about Charles

One thought on “Human connection”