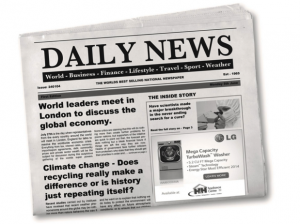 Many of you know me as someone that went public after my son’s suicide. It was actually prior to that in 2014.

I know why most of us don’t speak our child’s mental illness because our kids, teens especially, want their struggles kept private. We also worried they’ll get labeled and mistreated as a result. Which is a valid concern.

I can’t remember the circumstances, but I was asked to write an article for Richmond Times Dispatch about our family’s struggle with our child’s mental illness. I said yes. I can’t say I had a lot of support for that decision. Some might argue it was not my story to tell at all. I would argue it was.

Charles was 19, away at boarding school and he had published music that told his story. I was ready to tell mine.

So I write it and I turn it in. And then I try not to think about it. I am sweating it but also anxious for it to be out there at the same time.

I get up one Sunday morning for a mental health brunch and I am running late. I get to the brunch and I am listening to the speaker and she references something she said she saw that morning in the paper that said, “There are no bake sales to help families pay for a child’s long-term residential treatment.”

I say to the friend sitting next to me that it’s funny I wrote that very line in a article I wrote that had not even published yet. My friend turns around and said, “It published today in the Sunday paper. It was front page of the Flair section. With your picture.”

I froze. What? Of course I wrote it and I knew it would publish. However, I didn’t know it would be so front and center. I also had no idea how it might be received. I feel fear. I take a deep breath and feel a sense of relief that it’s out.

The story needed to be told. I couldn’t be the only one suffering the mental illness and drug abuse of a child. There had to be others.

The tough part is I didn’t know if everyone else in my family would be prepared for it. I might be taking them down with me. Stigma was still very thick.

After the presentation, I get up and several come over to me and hug me and tell me thank you for talking and telling my story. They tell me that I am very brave but at the moment, I’m not feeling that way. I am thinking that I am in the room with an accepting audience. It might not be so nice on the outside.

Before the article was moved from Richmond times dispatch dot com to richmond dot com, there were hundreds of comments from all over the world. For over a year after it published, I got phone calls, messages even letters encouraging me and thanking me for talking. That is the last thing I expected. Quite frankly I didn’t know what the outcome would be.

Due to the popularity of the article, Charles ended up seeing it in the summer after he came home from boarding school. He was not happy with me. And I was sorry he felt hurt. I didn’t do any written follow ups out of respect for him although I ached to talk.

He made his peace with it well before he died and for that I am thankful. I do know it had nothing to do with his suicide.

It was that day I wrote that article that I decided I could no longer be a victim to the tradition of shame and silence.  But it was not without fear I that I took that step.

Grief: Going all ‘hallmark’ on you

2 thoughts on “The day I went public”