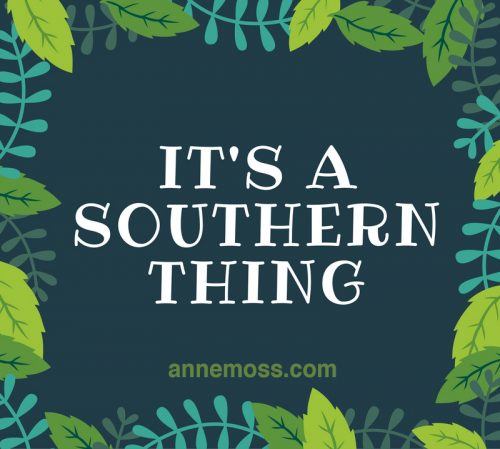 Just so you know, Anne Moss is my first name. It’s a double name–a Southern thing. Not Anne. Not Moss. Not Moss-Rogers. Anne Moss. Then Rogers, the last name.

Moss was my grandmother’s maiden name. And since my grandmother had two girls, the Moss name was in danger of dying out. So my mother attached the Moss to my name for a double name.

In North Carolina, this is not uncommon.

I have often been asked, “Can I call you Anne?” Well, no because that’s only half my name. Many of you might not have realized that was my first name.

Don’t worry, I’m used to explaining it. “AM” is fine but I don’t want to lose my grandmother’s legacy. So I explain it over and over which I expect to do because I’ve done it my whole life. I am not offended.

Don’t talk me out of my tears

3 thoughts on “Anne Moss is my first name”