With your help, the posts on this blog have reached hundreds of thousands since February 1, 2016. There are some backdated posts I entered in here from Facebook prior to that date but 02/1/2016 is when I launched it.

I get messages, letters, phone calls and I do know at least 11 people have literally reached out for treatment for addiction, mental illness and suicidal thoughts. I don’t know how many others.

Countless other parents and young adults have found a support group for grief, mental illness or addiction on our resources page.

This is so you know how powerful your sharing is 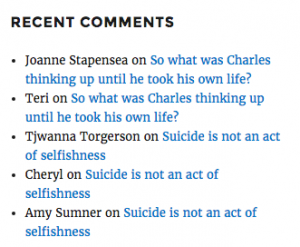 45-54 year old women are the most dedicated followers and are top commenters and get the newsletter. But as you can see we touch a lot of groups proving that mental illness, addiction and suicide touches a lot of lives 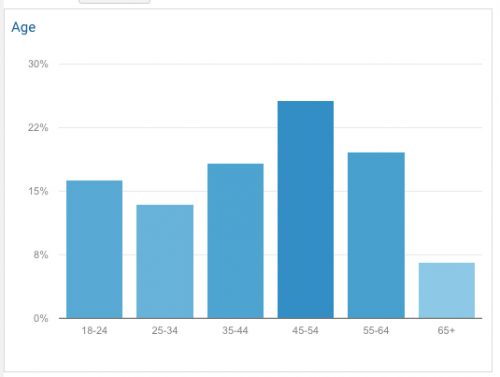 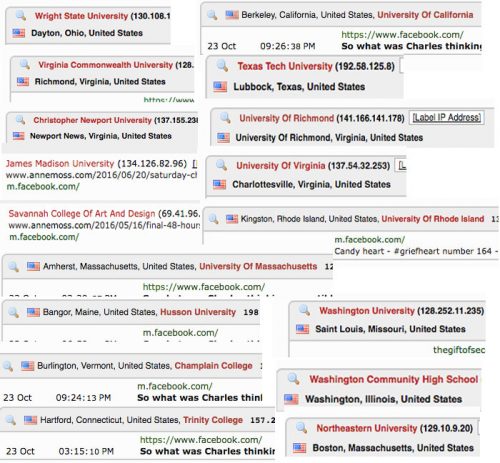 It’s about an 80/20 split female to male audience. Would love to reach more males as they don’t get much support in grief or with mental illness. And they are the group that dies by suicide the most. 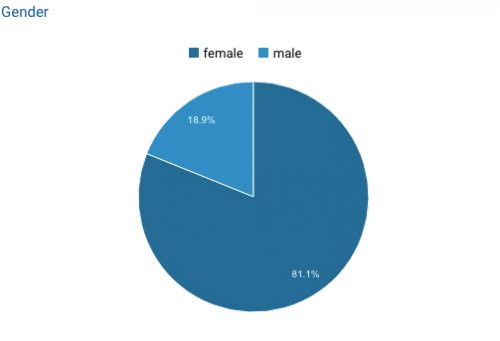 These are the countries that have been reached

41% from Virginia and the rest rank as you see below. 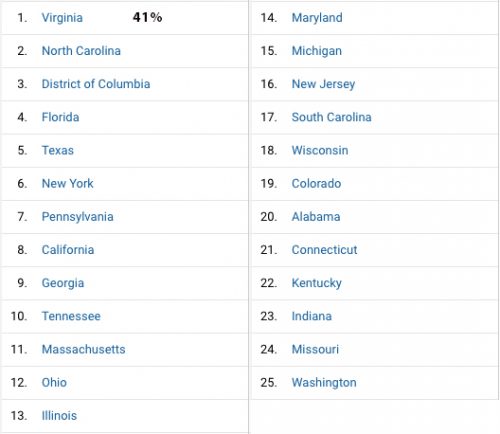 By myself, I wouldn’t be able to reach 10% of this crowd. Together, we are kicking butt, showing our support for a cause that has always been swept under the run and erasing shame as it relates to mental illness, addiction, and suicide. Even grief.  It takes guts to share these on your Facebook pages. Your boldness is saving lives and showing human compassion.

Thank you for being on the team. Geeky lesson has ended.

3 thoughts on “Going all geeky on you”