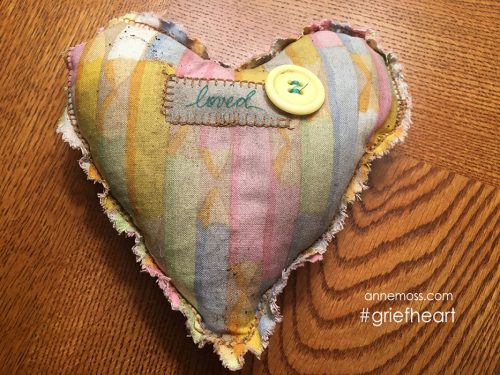 This heart is in special remembrance of Logan Neale, a 19-year-old from Midlothian, Virginia who died in a truck crash. Logan was an avid runner who discovered that athletics could help him cope with his anxiety and depression. Logan also struggled with an eating disorder and suicidal ideation.

Like many with depression, Logan was empathetic about others suffering from mental illness and he believed in breaking the stigma that kept people from seeking the care and support they needed.  Like Charles, Logan attended Wasatch Academy in Utah. His mother retrieved this heart from the tree where he died.

The 2016 Bill Carfrey Woodlake Turkey Trot 5k will be in Logan’s honor with proceeds from the event to go to Beacon Tree Foundation, advocates for youth mental health founded in Midlothian.

Don’t talk me out of my tears