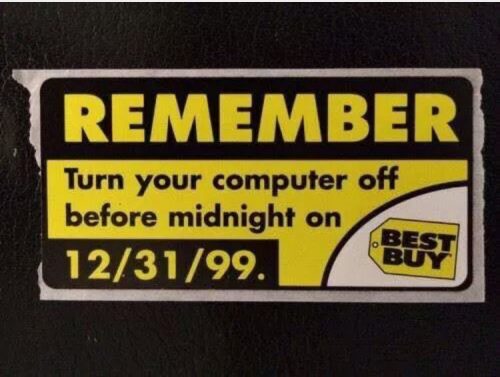 On the eve of the millennium, I wrote both my children a letter that I ended up giving to them on their 16th birthday.

Charles kept his letter and the creases and letter were well worn which indicated he had opened it and read it often in the 4 years before he died at 20.

After his suicide, we got his backpack back and in it he had every single card or letter I had written him while he was away at boarding school, every family picture he could find and have printed out– and this letter.

I don’t know what I expected to find in his backpack but all of a sudden my heart broke in two. I will never forget that moment.

I fell to the floor in the dining room and hugged his backpack as tight as I could and rocked back and forth sobbing and wailing. I could not process the irony of how much he loved us and the fact that he killed himself and left us.

It was in a single moment that I figured out how much he hurt, how much he loved us and how he felt he let us down. That first time you go through their last possessions feels like your soul is being ripped in two. It’s torture you cannot resist. You realize they are gone forever.

I allude to how tender-hearted and sensitive he is in this letter, an early sign of possible depression and addiction.

My own innocence and naiveté in this letter still shocks me.  When Charles was 4, I was dealing with tantrums and brother fights. Times were so simple then. I was a hopeful, proud mom who couldn’t wait to see what her son grew up to be.

Never did I imagine he’d grow up and kill himself.

Dear Charles,
Your Dad has to work tonight, the eve of the millennium and he’s not too thrilled about having to stay up all night and worry about what will happen to all the Honeywell plants because of Y2K. I’m not too thrilled either. But I decided I’d write my boys a millennium letter.

You’re 4 3/4 years old right now and will start kindergarten in the fall. You’re reading already but quite stubborn about writing your name although you can do it well when you want to.

In general, your middle name is “power struggle.” You’d like to spend the
whole day in pajamas.

You are far more easy going than me or Richard, quite lively and outgoing. You love to role play (dress up), act up, make people laugh. You have an effervescence that few can resist, including your teachers who could gobble you up you’re so cute.

You love numbers. I wonder if that will stick with you. And since you were a baby you take EVERYTHING apart. You even took the screws out of your criband lined them up on the floor. No flashlight, no travel clock is safe around you.

And you have a huge fascination with blood and the human body in general. I’ve always said either you’ ll be an engineer, a doctor or a serial killer. Let’s hope it’s not the latter. But I do wonder what you’ll really turn out to be. Marvelous, of course but what will you do with your life is one of those things parents always wonder.

You have more facial expressions that 10 people put together.

This was the year I had brain surgery. You had it the toughest. Richard was in school and missed a lot of the conversations I had with my friends and doctors on the phone.

It was you who discovered the crooked tongue, which ultimately turned out to be the kind of observation that probably saved my life. Since it was wrapped around the carotid artery, I could have suffered a stroke.

You had such a hard time you BEGAN sucking your thumb.

You did love the ghoulish scar after. But you admitted to me several months later, that what scared you was that they’d cut open my head and blood would just pour from in constantly. I guess I forgot to tell you about stitches (they actually used 30 some staples).

You also asked me what do kids do if their parents die? Pretty sharp question for a 4-year-old.

You’ve always been an affectionate child. And I hope you’re still giving your Dad hugs as well as me. We need them, you know. We have a lot invested in you both.

I hope you have the strength and confidence to say no to things that aren’t good for you like drugs. We hope that’s one area you’ll choose not to experiment in. We hope you know such things are not good for your body.

And speaking of your body, I assume yours is going through quite a few changes. They’re all a natural part of growing up including the raging hormones that are no doubt driving your parents to the brink. You know if you have questions on delicate issues, from drugs to sex to whatever, your father and I are here for you.

I chose early on to stay home with you and Richard. It’s funny, I never realized how important that was to me until I started having children. I just couldn’t drop you off to someone who was not truly emotionally invested in you. Juggling the freelance thing was tough at times and we gave up material things but it was worth it. I don’t feel I missed any of the moments that I treasure.

You’re dying to play every sport in the book. I’m going to be signing you up for kinderdrama soon. I can’t wait to see how you like it. You’re also interested in music and playing the piano.

There are so many things for kids to do now and you want to do them all. You get 100% out of every activity you participate in. Not a single cent of registration money is lost with you, that’s for sure.

I bet you’re still thin like your Uncle Gene. You weren’t ever a big eater. You shunned the breast feeding early and we just assumed you must be a “leg man.” You could eat your weight in candy, though. What a sweet tooth!

Do you remember Pokemon? VCRs? Please tell me there aren’t photo phones. I can’t stand if I have to look presentable to answer the phone.

Well, the clock is ticking and everyone says the computers are going to blow up at midnight so I’d better sign off. I’ve not stocked a single item in case there’s a shortage of anything. So much for being a worrywart.

We love you no matter what. And we’re proud of you. Perhaps you’ ll do things that will make us less proud at times but we’ll always go back to being proud of you.

I don’t know what will prompt me to give you this letter other than it dropping out of the baby book onto my foot.

Get updates to blog by subscribing

Did Charles show signs of mental illness earlier in his life?