I remember when Charles got a mobile phone. He pressured us for years and didn’t get one until he was in 9th grade and was one of the last of his friends to be a mobile phone owner. We held out as long as we could. And this was just a flip phone, not the powerful mini handheld mini computers of today.

I remember the day, where he stood and the dread I felt. I remember thinking, “We are the parents that are setting the precedent. We know nothing about the effects these will have on our kids.” Texting had just been introduced.

I felt like it was too much freedom too soon for him especially. Before he was ready for it. And I think I was right.

For a lot of kids, it’s too much too soon

There is a lot that goes on behind our backs on those phones. Stuff we did that took multiple steps to execute, they can do impulsively with the push of a button. It’s too easy.

I do think this is one of the many contributors to the drastic rise in suicide rates for girls.

The phone can make them victims who have a hard time not “checking”their phones obsessively. They can’t get away from it. And when someone does pull a mean “prank” it can humiliate someone so quickly and in front of so many people.

But there is one simple thing I have always wanted the cell phone companies or hardware companies to do and that’s give the account holder, the one who is paying, a master password.

So no matter what your kids type in as their password, you can override it with your master account holder password. It can’t be that hard for phone companies to do. That way kids can’t lock you out of “their” phone because technically, it isn’t theirs if they are not paying.

Fine, they can go out, get a job and pay for their own phone, that’s what.

But if I’m paying, I just don’t think that I should get locked out of their phone.

You could argue, “just don’t get them one”

Parents who are holding out suffer as do their kids. It’s a social status symbol. And not having one can also put your kids at a disadvantage, too.

I think it’s too late now to change our culture regarding kids getting mobile phones. They are already an extension of us.

But we can control the age kids are getting phones. It keeps getting younger way before they are emotionally equipped to handle such a powerful communication and access tool.

But for young kids, the devices are very sophisticated mini computers with access to the world. The parental features the phone companies offer now have multiple work arounds. They are a joke. Are you monitoring their texts? They can text through snapchat or some other app or send messages via messenger.

A master password would allow you to get in that phone when you need to and lock them out when you need to. It would give you the control you need at a time when a kid can go off the rails–adolescence which is a time of major change including onset of mental illness and addiction.

When Charles was 20, we did pay for his phone. And when he died, we couldn’t get into it. We would surely have discovered things we didn’t want to know. But there would have been things we did want. Like answers. Pictures. Memories.

It’s a small thing, but with suicide rates climbing every year and an addiction epidemic on our hands, this could be a prevention step that could help parents get back some control. 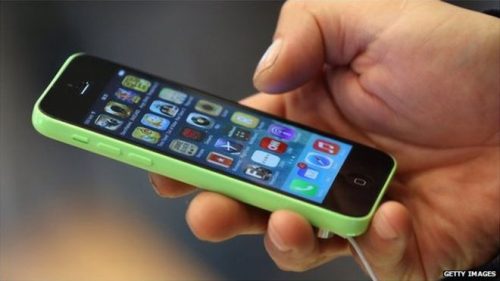