This is an excerpt from a blog post from a young lady in her early 20s in response to “The Final 48 Hours.”  She is a suicide attempt survivor. This portion is republished with her permission.

….I read an article today that my friend’s mother wrote about when she heard of her son’s death and it was like all of a sudden my heart was being ripped open.

I couldn’t tell you why or how but starting from in between my lungs, everything in me felt like it was being pushed to either side of my ribs to make room for this black hole right there in the middle. I couldn’t breath, I couldn’t swallow, I was in pain.

When I recovered I was exhausted both physically and mentally. I couldn’t figure out why this one article had triggered so much in me. 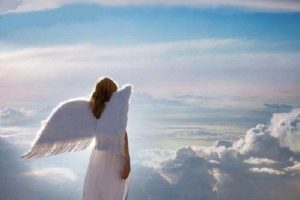 Then I realized it was because I had read the article as if my own mother wrote it.

I visualized her moving through the same experiences and at the end, me watching her and my father cry together as I float mindlessly in the air above them. I realized it could’ve been me……. Read more

“Our findings suggest acknowledging and talking about suicide may in fact reduce, rather than increase suicidal ideation, and may lead to improvements in mental health in treatment-seeking populations.”