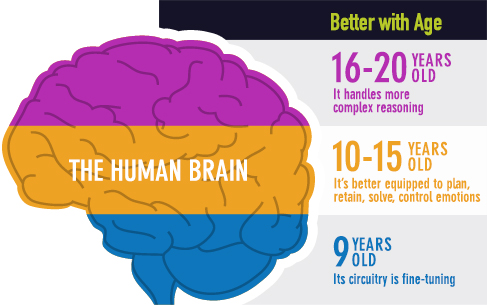 No. And they shouldn’t be drinking in your basement either.

I remember when we caught Charles with marijuana. He insisted he needed it to sleep and to quiet his anxiety. It had been so tough up until then to figure a treatment plan for him.

We said no after listening to his argument and we were firm but we actually did think about it. Trying to find the right medication to help your child is very difficult. So difficult you actually consider things that later you realize is nuts.

There is stigma with medication for mental health even though some kids need it in order to live. Often they don’t want to take it.

And it’s hard to argue with a child that an illegal substance they “dose” themselves is worse than psychiatric medication. Of course, no substance is good for the developing brain but it’s hard to convince a child of that.

We’d seen what his life was like without it and even later when I read his Rap Music Diary, it was obvious he was very depressed and would have needed to have some kind of treatment in order to live.

It’s almost crazy to expect a teen to have patience with the process of finding the right medication. It’s an agonizing process.

And Charles made a valiant argument. He was always good at that. While the self medication aspect worried me, we had been working on his sleep disorder for many years and marijuana does make people sleepy, at least at first. We had not had much luck and whatever your child is suffering from, lack of sleep makes it worse. I had started to feel desperate that his lack of sleep would lead to more dangerous drugs. Which it did.

Then he brought up that smoking it outside our home meant he was in danger of getting arrested for something that should be legal. I knew in my gut, for this child especially, it was not a good idea for him to smoke pot at home or at all. But I was concerned that he would end up with a record.

Naturally, you just tell your kid, “Don’t smoke pot outside the home.” And we did that. I am glad we stuck to our guns. It was the right thing to do. But I had my doubts. And you can say and do all you want, they will find a way if they want it.

I don’t care what they do in Europe.

Number one because their brain is still developing and drugs of any kind slow down that process. I saw firsthand how it slowed down Charles’ maturity. What’s more, it can trigger psychosis and schizophrenia. If you want more information on that, visit this site.

We ended up having to send my son away to keep him away from drugs and alcohol to give his brain a chance to catch up and mature because he did graduate to more dangerous substances although he was not addicted when we decided to send him away.  (He was when he died, however)

Secondly, you never know which child might have the illness of addiction and for which kids marijuana is the gateway drug to much worse drugs. The earlier they start, the higher the risk that they will die an early death.

Nobody starts with heroin

They have surgery and are introduced to opiates. Or you have surgery and they start with your medicine cabinet and liquor cabinet and low barrier entry type drugs such as pot.  Little by little with their inhibitions lowered, they “try” other things. If they are depressed or anxious, the exuberant feeling these drugs deliver is too hard to resist. They are way too available these days.

Once they start with drugs or alcohol, it’s too easy to use these substances as an escape from solving problems or facing difficulties. Too easy to just numb themselves and not deal with life’s hardships at all. And if they have substance abuse disorder, well that early start can be devastating.

Sure, your kid probably will continue to try and do drugs and alcohol but there is no reason you should make it easy for them.

Stay on top of it. Do know that much goes on with those handheld computers, giving them access to so much trouble behind your back. What took us multiple steps as kids to execute, they can do with a touch of a button. They can even order drugs from the internet or from a dealer in the neighborhood and have them delivered.

I’m just writing this for parents who are pondering this question. Pot seems harmless enough. But it’s not for the developing brain.

My best suggestion is to find support for you and read this short guide to building resilience, coping strategies and a relationship with your child that can help them resolve issues without substances.

3 thoughts on “Should you let your teen smoke pot at home?”