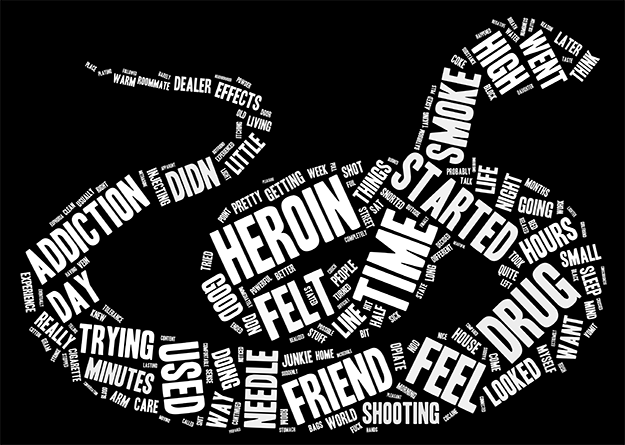 That first hit you gave him was the most euphoric and intoxicating feeling he’d ever had. For a depressed kid, it was magic. You made him feel so good he’d do anything for just one more party and then like the vile sack of shit you are, you seduced him into thinking he couldn’t live without you.

As time went on, you made him crave more to get the same feeling. And then there was no feeling at all but desperation to keep withdrawal agony at bay. After being with you, he lost himself. His smile and laugh were nowhere to be seen.

When he tried to part from you, you made him pay for it by kicking his ass and torturing him with unbearable pain and agony not to mention the psychological fear of relapse and episodes of unimaginable depression.

He went away from you. He cleaned up.

But there you were on the edge of his brain coaxing him back within 24 hours. You couldn’t let us enjoy even a whole day without you in it. I saw and craved ‘Saturday Charles‘–the one and only afternoon right after rehab when he looked happy, clean and done with you.

But you couldn’t accept that. You knew he was fragile. And you had the advantage because you had already carved a place in his head and his recovery was so fresh.

You literally sucked the life out of my child little by little and made him part of the epidemic that was all about you. Made him another statistic whose last belongings came to us in a brown bag marked with a number and name. You are the monster our society created.

Without you, I think he had a shot at life. But you were a faster fix for hurt and pain. The other methods took too much patience–the process so laborious and difficult, what child could have patience with that? The itchy skin, the restless legs, the vomiting — all the side effects that came after. The signs we didn’t understand. The price he paid for having allowed you in.

I just wish you were a person so I could beat the living shit out of you. But you’re invisible enemy I can’t grab or reason with.  Twenty years of trying to help him become a productive adult and you ruined that effort in less than 6 months.

In a shockingly cruel twist of fate only you could execute, you made him think there was only one way out, and you drove him to choke the very life out of himself.   A suicide by hanging.

I will never forgive you for what you’ve done. I will fight you the rest of my life. Of that you can be certain.