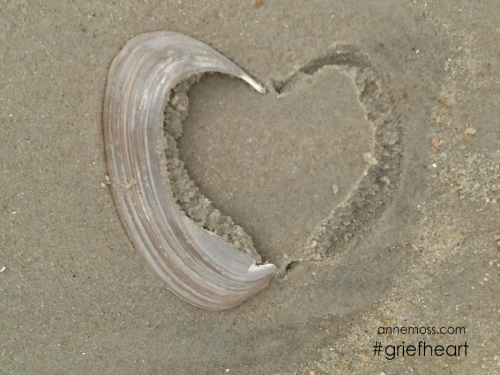 This heart was sent to me by Debbie Morrison. It appeared on the beach, she took the picture and sent it by text today with the message, “Thinking of you.”

It represents the waves of love and outpouring of support I have gotten since Charles died. Support which has been so important to my aching heart. As such, it had to become part of my #griefheart project as that support is part of my grief journey.

It’s my first heart that is nature made.

Thank you Debbie, Alison, Sophia, Kathleen and Laura. I hope you have a grand time at the beach.