Kids that were friends of Charles are growing up.

And those of us still grieving feel kind of stuck sometimes. Forgotten even. That’s the isolating nature of grief.

It’s like there is the speed train and everyone is back on it. But us. We just watch as it speeds by, unable to get on that train. Limping on every once in a while but then having to exit because we simply can’t keep up with the pace.

Sometimes it’s hard to to see happy family pictures knowing that I will never have a picture with both my children ever again. But then other times, I love seeing those pictures.

Moving on is natural. Those of us who are grieving are moving forward, too. It’s just harder to see because we’re doing it at a sloth-like pace. And sometimes we take a couple of steps back before we move forward again.

It would be crazy if everyone moved at the pace of grief. The world would collapse.

So to all of you not suffering a loss right now, thank you for holding up the world. It’s too heavy for some of us right now.

“It’s like I’m surrounded by walls with no escape at all
I’m over 6 feet tall, But I’ve never felt so small”

— Charles Aubrey Rogers, from the song “Just to Hurt“ 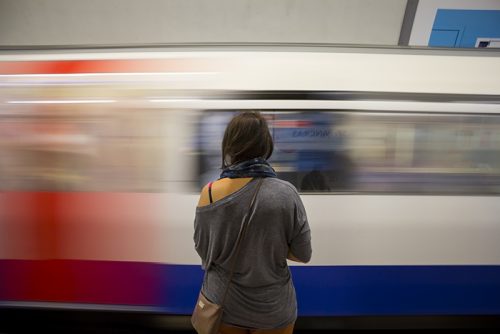 4 thoughts on “People move on. I cannot resent that”